A completed demonstrator building, designed and delivered using modern methods of construction (MMC), is the end result of the UKRI-funded Seismic II project. 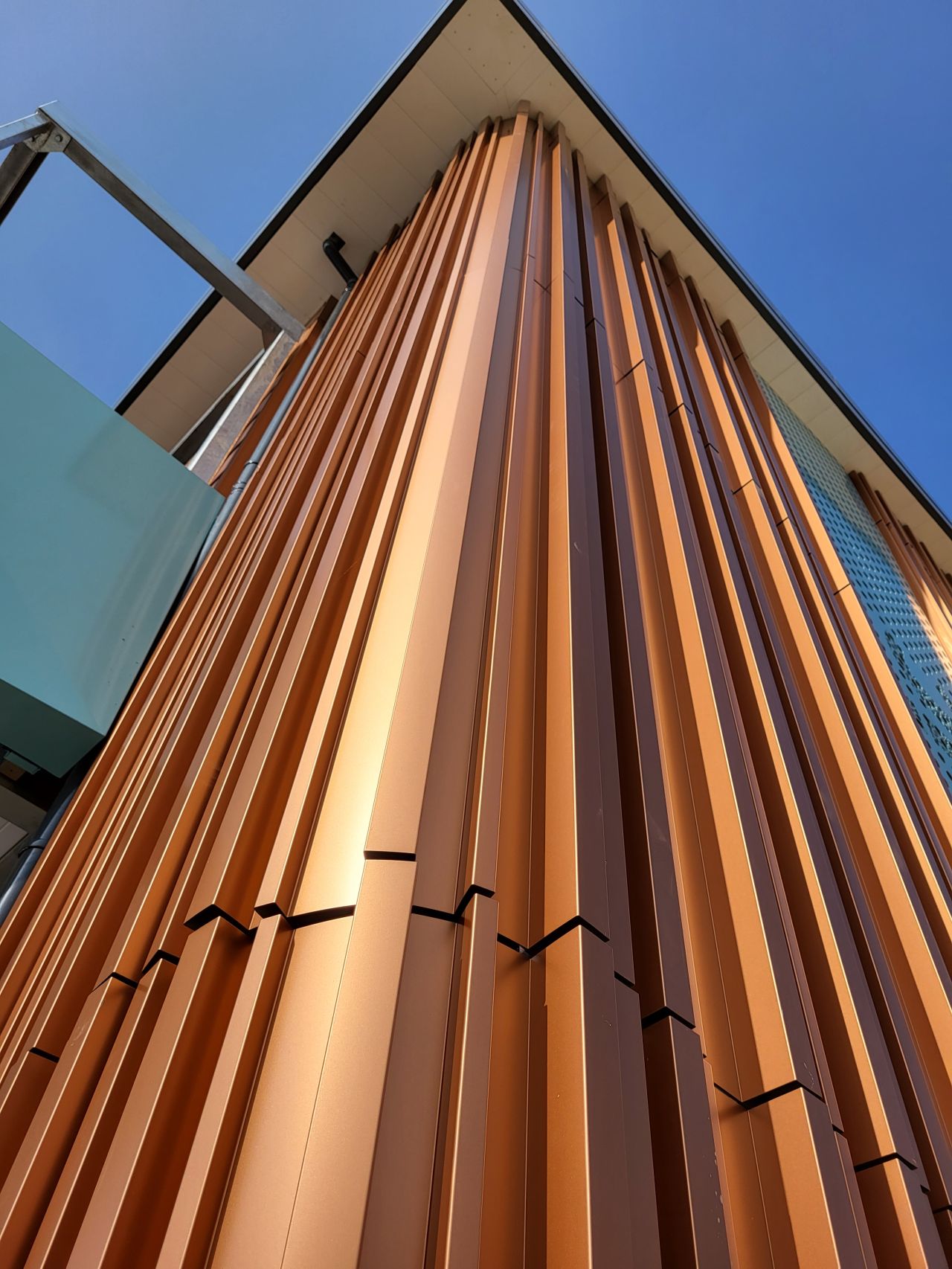 Located at BRE Watford and assembled on site in just three and a half weeks, the building is a template for how construction platforms, or P-DfMA (a platform approach to design for manufacture and assembly), will make possible high-performance buildings across a range of sectors in future.

The UK government has committed to procuring MMC solutions for publicly funded projects, through strategies and initiatives like Construction 2025 and the Construction Playbook. Backed by investment through the Construction Innovation Hub (CIH) and other collaborations, the aim is to encourage wider adoption of construction platforms and their benefits.

The Seismic II demonstrator building has highlighted many of those benefits. You can read more on the background of the Seismic II project – including why construction platforms are important, and how two different systems were created for use with Seismic II’s common steel frame – here.

What components were used in the Seismic II demonstrator building?

The demonstrator building comprises three ground floor modules and three first floor modules. The modules were assembled offsite, using the common steel frame and connector block that forms the Seismic II ‘construction platform’. The building’s assembly has been visualised in this animation.

The modules are a standard width, which was established as part of the system design and aimed primarily at the education sector. However, the Seismic II project has drawn interest from other sectors, and future iterations will likely look at wider modules for sectors such as healthcare.

A benefit of the fixed module width – and the standardisation that is possible with construction platforms generally – is that structural designs can be optimised to use materials as efficiently as possible yet produced in volume. Environmental impact is therefore reduced, while increasing certainty that the system will perform as intended.

Once the modules were in place, floor, ceiling, external wall, internal wall, and roof components were fixed to them to complete the building.

The components came from two different systems, one designed by Elliott Group and the McAvoy Group, and the other developed by Tata Steel. The two systems are completely interoperable, which opens up new opportunities in future, such as multiple manufacturers being able to collaborate on delivering larger projects.

In developing their kit of parts, Tata Steel sought to adopt an automotive manufacturer’s approach. The aim was to produce components prefabricated offsite as much as possible, and which could be delivered to site essentially ready to ‘plug and play’.

The design of Tata Steel’s drop-on roof cassettes, for example, meant that the same modules could be used at first floor as were used on the ground floor. It wasn’t necessary to differentiate the design of the first-floor module in order to accommodate the chosen roof solution, which has obvious benefits in terms of eliminating the potential for errors by using the wrong modules in the wrong location.

The drop-on roof cassettes were supplied to site with integrated solar PV and battery storage and were fully waterproofed and finished. Streamlining the assembly process in this way saved time and effort, and reduced risks to those carrying out the assembly by eliminating work from height as much as possible.

Demonstrating the flexibility that construction platforms can provide

Another of Tata Steel’s innovations was the ‘fast fit’ internal wall lining panel. Comprising a magnesium oxide board lined with thin steel, the panels are simply clipped into place after horizontal and vertical rails have been installed to the wall. Service cables run behind the panels as necessary.

Panels are supplied with pre-cut holes where sockets are intended. Following installation of the panels in the Seismic II demonstrator building, it was found that a planned electrical socket had not been provided on the first-floor landing.

Elsewhere in the building, there was a panel with an electrical socket that wasn’t essential in that position. The installers checked with the electrician that he was happy to run cables to the landing and, with that confirmed, the two panels were swapped. The cabling was run to the new location and the landing had the electrical socket it needed.

The whole procedure took about ten minutes. That kind of flexibility, adaptability, speed, zero waste and efficiency simply wouldn’t have been possible with traditional construction, especially if wet trades were involved.

To learn more about Tata Steel’s activity in P-DfMA and modular construction – including Seismic II, FASTtruss and The Forge – sign up to our newsletter.

Construction 2025: Is the industry strategy still important with the focus on net zero?
Construction

Recent years have seen an unprecedented shift in thinking within the UK construction industry, driven by a national focus on addressing the climate

What demonstrated savings are possible by adopting P-DfMA?
Construction

Platform construction – or, to use its full name, a ‘platform approach to design for manufacture and assembly’ (P-DfMA) is one form of MMC (modern